On 1 March 2004 Finland’s beer tax was first lowered by about 32 % in anticipation of the neighbouring country Estonia’s joining the European Union on May 1st. The lowering of the beer tax was a step in the right direction to curb private imports and related problems. With it the worst scenario of uncontrolled growth in private imports was avoided to some degree.

Today, Finland’s beer tax is again the highest in the European Union and two times as high as in Estonia. Tax differences between the countries are intolerable.

According to research, private imports of beer totalled 31,7 million litres in 2017, purchased mainly in Estonia and on ships. Travel to Estonia is still on the rise. This also shifts other types of consumption demand and use of services from Finland to Estonia. 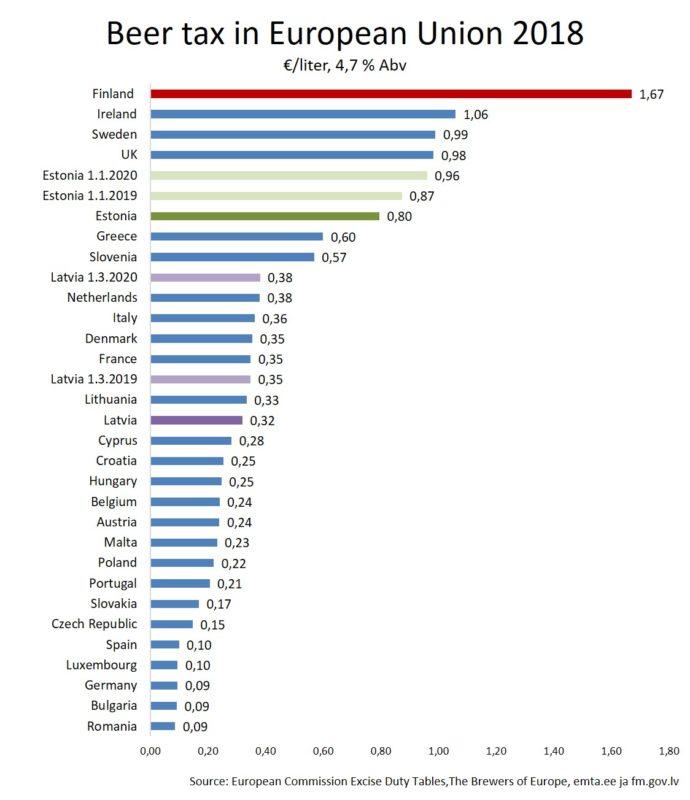